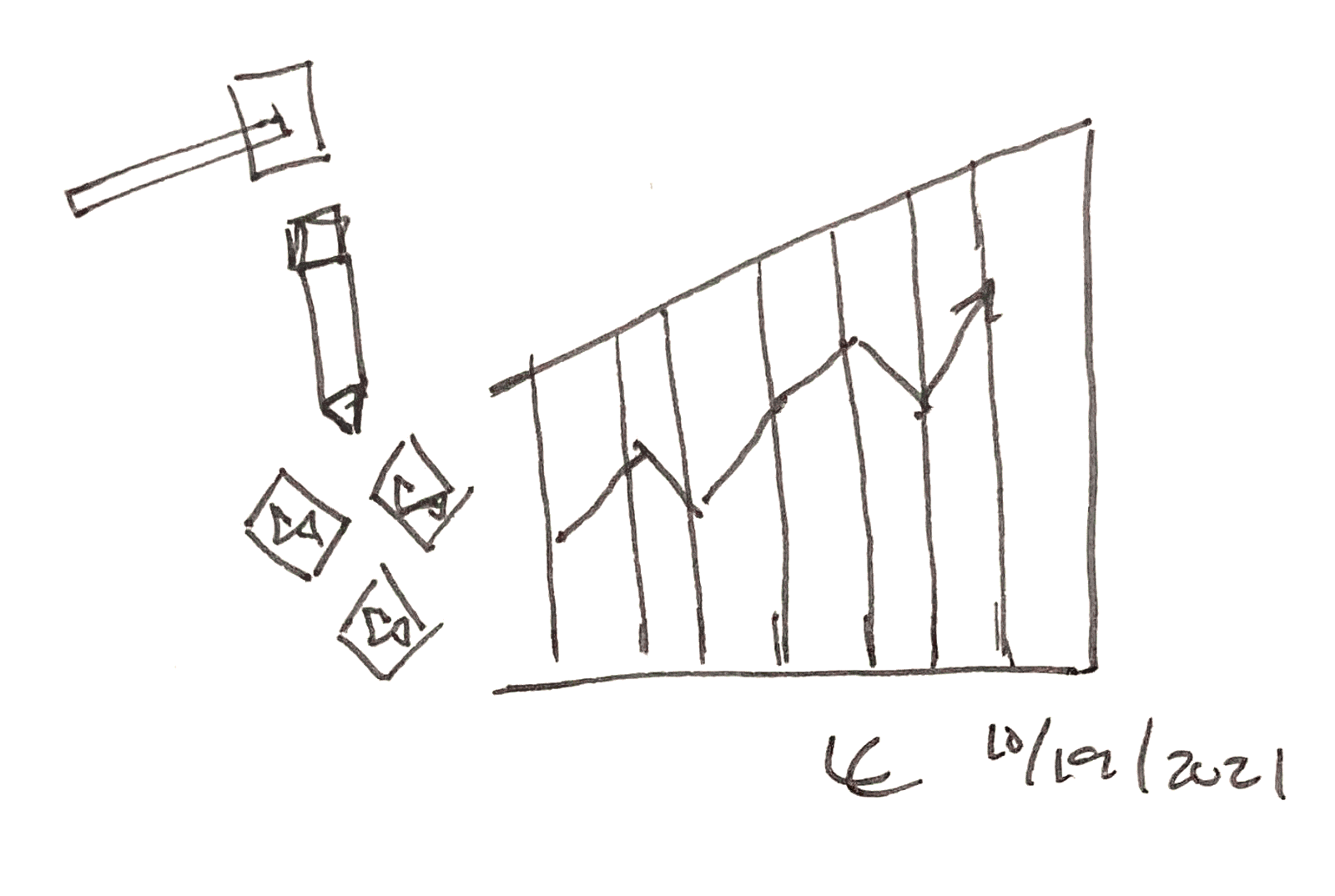 September was an eventful month in Axie Infinity.

There was a wave of fear, uncertainty, and doubt (FUD) from several content creators who wanted more transparency from the Sky Mavis. This caused AXS, SLP, and Axie prices to fall.

We also saw two big changes to the game. The first change involved an update to the breeding fees . The AXS costs were halved from 2 AXS to 1 AXS per breed. SLP costs per breed was increased for all breed counts. I recorded a short video going over these changes .

The second change was the release of AXS staking . This allowed players to deposit and lock up their AXS for more AXS. This is like depositing money in a high yield savings account to earn interest. One big difference to this analogy is that the APR for staking AXS blows current interest rates out of the water. The current APR for staking AXS is around 130%. This means you would double your AXS in just over 9 months!

✅ — I made profit in September from Axie Infinity

I bred 172 Axies in the month of September.

My total breeding costs were 151,800 SLP and 270 AXS for the month. This is equivalent to about 8.64 ETH based on the average exchange rate of my AXS and SLP swaps.

I bred 85 less Axies than the previous month. As a result, my breeding fees also went down by 16.28 ETH. I slowed down breeding this month due to lower profit margins. I stopped my Bird farm to focus on breeding Leaf Bug Plants, speed Beasts, and Nimo Aquas.

I sold 17 more Axies but made 3.25 ETH less. This wasn’t as big of a blow as last month as I spent significantly less breeding Axies.

I took advantage of the lower Axie prices and bought a bunch of Axies. Most of these Axies were for scholarship teams. But I also picked up some Axies that were undervalued to breed and play on my personal account. One of my favorites is this 43 speed beast with Hero, Scaly Spoon, and double Nutcracker. The Scaly Spoon does surprisingly well against Birds and Aquas.

I onboarded 16 new Guppies in September and now have 91 total Guppies on my team.

My Guppies earned 151,450 more SLP or 65% more than last month. It’s fantastic to see the Guppies on my team crush it with their earnings.

I started an Axie upgrade and swapping system called LC’s Lab this month. I created a new account and shared the link of the account with my Guppies. This account holds extra Axies that are available for the Guppies to use. The Guppies fill out a Google Form to request an Axie from the lab. I fulfill requests and add new Axies to the account every week.

LC’s Lab was created to streamline Axie upgrades. The recent updates shifted Axie Infinity to more a PvP focused game. These upgrades help ensure that the the Guppies can compete with other trainers in the Arena.