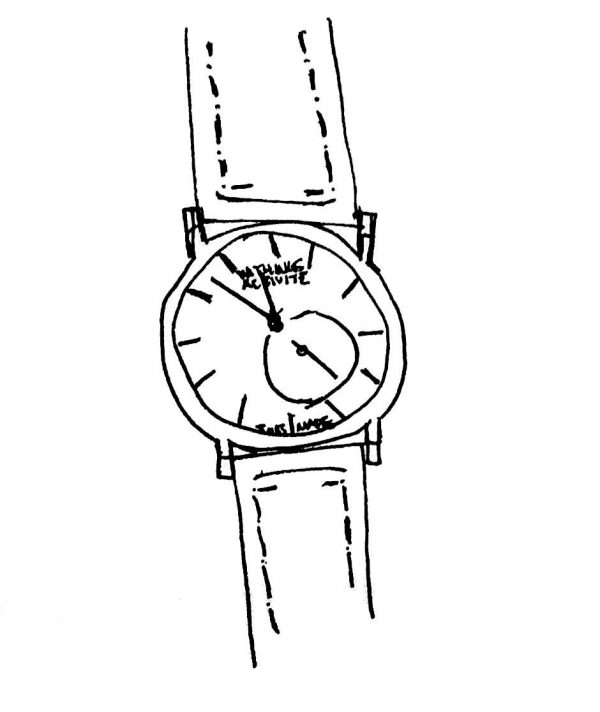 This week’s update will be a little different than the previous ones. Instead of highlighting reads or listens, I will be writing about my thoughts as I wrestle with purchasing a fitness tracking watch. There will still be a handful of interesting articles listed throughout but it won’t be in the usual format.

I was excited see the Withings Activite on sale for more than $200 off the original price  ($314.99 with a 25% off coupon at time of writing). I had my eye on the stylish Swiss Made watch for a while now. This analog watch has the ability to count steps and track sleep. It’s powered by a regular coin battery that lasts up to 8 months. The recorded metrics are sent to a smartphone by a low powered Bluetooth transmitter in the watch. Although this sounds like a great deal on a fantastic device, I was hesitant on pulling the trigger.

About eight months back, I bought an entry level fitness tracker, the Xiaomi 1S Band , for less than $20. I was curious about the hype around wearable devices and decided to take the plunge with a device that cost about as much as two drinks at a bar. The tracker looked like a giant metal pill held in place with a silicon band and offered basic step and sleep tracking.

I used the band for about a week before putting it back in its box and never touching it again. I couldn’t get used to having another strap on my wrist as I normally wear a wristwatch. It also wasn’t the most attractive piece of technology, which meant I was a bit embarrassed wearing it. However, the main reason I didn’t use it was because I didn’t find the data very useful. I didn’t care if I fell short of the step goals and the sleep data was mildly intriguing but it didn’t help me get better shut eye.

The experience with the Xiaomi Band should have persuaded me to not get the Activite but a part of me couldn’t pass up on the deal. So I decided to look into how other people used data from fitness trackers. While reading reviews on the watch, the words “Quantified Self” kept coming up. So I decided to look up the buzz term and found an intriguing article from MIT Technology Review . The article explains that the Quantified Self is a company that organizes conferences and meet ups for individuals whose hobby is collecting data about themselves. The article states that the data gathered could potentially change the medical field and provide insight outside the rigors of a medical study. The Quantified Self argues that what gets tracked, gets improved.

As a believer of the scientific method, those arguments make sense to me and connect to a couple things I’ve come across. The first thought that came to mind was the author and podcast producer Tim Ferriss . He calls himself a human guinea pig and experiments with various diets, exercise methods, and supplements. In one of his podcasts or books, he mentions that he takes meticulous notes on most aspects of his life. An example of that was weight lifting; if he wanted to look as muscular as he did when he was in his 20s, all he has to do is find the notebooks from that time period and follow the exercise and nutritional regimen.

This sentiment is echoed in the beginner’s baking lesson from <em>aBreaducation</em> . The author suggests keeping a notebook with the times and temperatures of the dough at various steps. He insists the notes will help the reader learn and will also function as a guide to recreating an amazing loaf.

So with that in mind, does counting the number of steps taken in a day and the hours of sleep lead to better decision making or a more healthy lifestyle? I’m not completely sure, but personally I’m leaning towards no. Most people benefit from tracking fitness data because it motivates them. They like the satisfaction of reaching their required steps, seeing their sleep cycles, or besting a friend’s steps at the end of the day. But I think I made my decision when I put the 1S Band away after a week. Like I previously stated, I do not feel the urge to walk more or go to sleep earlier just to improve my numbers. I believe my piqued interest in the Activite came from its primary function and as a result I should spend my money on a nice mechanical watch instead.