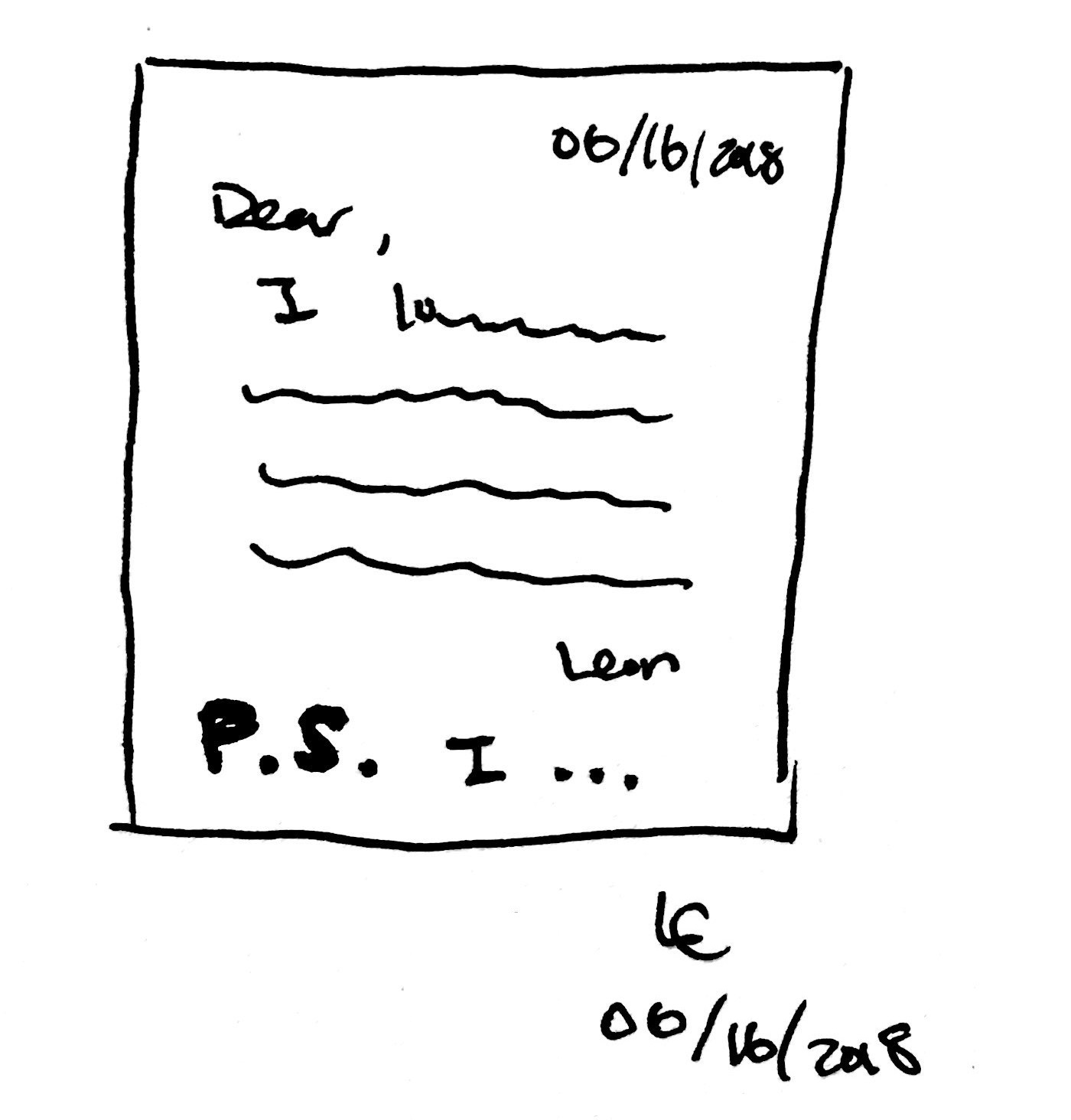 This week’s theme on the update is postscripts. Postscripts are written, usually as P.S., at the end of a letter to provide further information or append something forgotten in the body of the letter. All the things shared this week either contain an actual postscript or are adding to an idea brought up in previous updates. The Feynman letter has a pretty witty postscript, the C.S. Lewis quote adds to my collection of desktop wallpapers, and the Youtube video would have gone perfectly in the update disclosing my break up.

I recently returned to Brain Pickings because I needed inspiration in writing and in life. While clicking though the site, I stumbled across this essay about the physicist, Richard Feynman’s letter to his wife. If you just want to get to the point, scroll to the bottom and just read the letter itself. It tugged at my heartstrings and brought me joy; Feynman captured the concept of unconditional love and honoring past memories perfectly. I also enjoyed the P.S. at the end of the letter, it forced out a small chuckle from me. I recommend reading the whole piece if you have the time because Maria Popopva, Brain Picking’s author, does an excellent job building up the story and offering background to their relationship.

There are far, far better things ahead than any we leave behind. - C.S. Lewis | Quotefancy

I recently finished two nonfiction books and decided to update my notecard library . This was sorely needed as I started the system last year but haven’t touched it since. As I was going through my old notes, I pulled up the card containing the quote above from C.S. Lewis (I know the Quotefancy wallpapers misquoted him). I found myself stopping and staring at the quote for a good minute. I can’t predict the future but it’s nice to believe there are far better things ahead because, after some reflection, there were some pretty awesome things left behind.

We Broke Up | David Dobrik

Two popular YouTube stars shared this video announcing their break up. The video was recorded about six months after the relationship ended. They explain their break up with humor and a genuine respect for each other. I thought this was going to be hard to watch given my current situation but found myself smiling throughout the entire video. I know every person and relationship is different but I wonder if I’ll have this kind of openness and humor about the past in about four months.