I had to pick up another quarterback last week when news broke about Russel Wilson’s hamstring. Since I had Deebo Samual, I chose to double dip by picking up Jimmy G. I call it double dipping because if a TD is scored, I get points for the receiving and passing TD. This also extends to yards as well but touchdowns are more exciting.

Speaking of doubles, I noticed that Kevin has been starting both Packers running backs. This isn’t that unusual, especially when the two backs split the touches on a great running team. In recent years, managers have started both Nick Chubb and Kareem Hunt from the Browns.

What’s out of the ordinary is that Kevin has started two running backs from the Packers AND two from the Jets in the last two weeks. I’m going to call this a double-double (the NBA season just started, so basketball is on my mind). And it’s worked both times, he beat Vince in Week 7 and Tyler in Week 8.

Will the double-doubles come to an end due to Breece Hall’s ACL injury? Or will Kevin make a trade with Jon C. for James Robinson and keep the dubs rolling?

Chase Claypool, Wan’Dale Robinson, Jameson Williams all received multiple bids. All waiver winners bid $9 or more than 2nd place to get their receiver.

There were no trades this week. Although, I did hear a rumor that a trade was offered that would send a player back to his former team.

Just a reminder the trade deadline is 11/19.

I apologize for making a big mistake last week. I thought Denver was playing Houston but they played the Jets. Let’s ride!

I had to add Justin Fields to the list after watching him play against the Patriots on Monday Night Football. He only completed 13 passes but was running all over the field. He finished the week with 24.4 fantasy points.

In the two weeks prior, he finished with 17.0 and 20.4 fantasy points. I like that Chicago is giving him designed runs and using his speed. Fields get a tough matchup against the Cowboys next week but I still like him.

DK Metcalf left the game last week on a cart with a knee injury. He avoided a major injury with initial x-rays coming back negative. He still might be out a few weeks to rehab and heal his knee.

If DK does miss time, Marquise Goodwin will be a great pick up and an instant plug and play. He was fantastic on Sunday against the Chargers. He caught 4 passes for 67 yards and 2 touchdowns! The Seahawks passing game is legit and this is a great way to get a piece of it.

The LA Rams come off their bye to face the Niners in Week 8. I have a feeling that the Niners will want to take Cooper Kupp out of the game. This leaves Allen Robinson open to make plays for Matthew Stafford. Robinson finally got going in the Ram’s last game. Hopefully this carries through the bye to this week.

Amon Ra St. Brown was taken out last week due to a concussion. DJ Chark was put on IR last Saturday. Rookie Jameson Williams is not quite ready to return from a torn ACL.

This leaves a hole at wide receiver for the Lions. Kalif Raymond is the next man up. He caught 4 passes for 75 yards last weekend. I expect the Lions will fall behind against the Dolphins next week and have to air it out.

Someone from the Raiders receiving team always seems to be banged up. Darren Waller was not able to play this week. Before that Hunter Renfrow was out multiple weeks with a concussion. Mack Hollins slides into being the third receiver in this offense if anyone is out. He was the only Raider to catch a touchdown last week.

don’t know what the funniest video of the #NFL season is but this is way up there pic.twitter.com/VEMVhg5twh 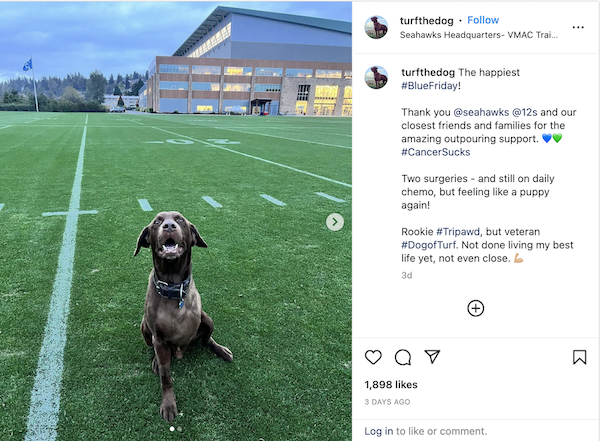