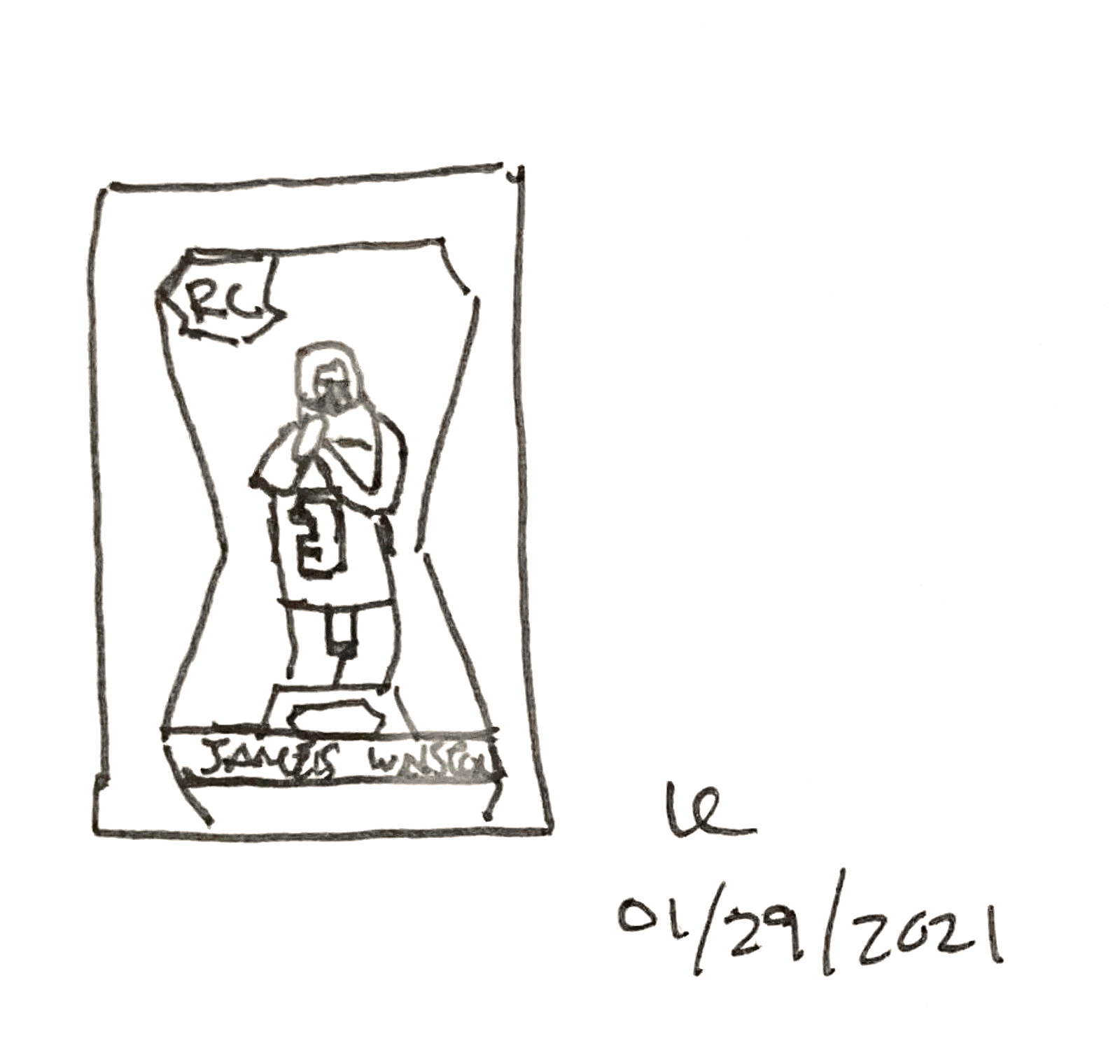 I spent a lot of time on eBay after getting into sports cards last month. eBay sold listings set the baseline for sports cards prices. I researched prices for rookie cards of past and current basketball and football superstars. I quickly realized that those cards were out of my price range.

But I was still itching to collect cards. So I pivoted to cards of my favorite players that are not as popular. One of those players is Jameis Winston. I drafted Winston on my fantasy football team in 2019. I had a lot of fun that year. He carried my team despite his 30 interceptions. At the end of the season, the other owners in the league considered changing the rules to penalize interceptions more.

I stumbled upon a set of 4 Jameis Winston Prizm rookie cards on eBay in December 2020. I felt this was a good opportunity to get a hold of some Winston cards. So I presented the seller with an offer of $70 for the cards. He took the offer immediately. I felt like I got swindled, even though I was the one to make the offer. Could I have gotten away with offering him less? Maybe he would have let it go at $65?

I checked the prices for Jameis Winston Prizm rookie cards last week. A set of three were sold for $180 . If I sold my cards now, I could expect to make $110 for three cards and still keep one for myself! This is an amazing feeling. It made me feel like my initial purchase was a good one.

I think there are several factors that increased Jameis Winston’s card prices:

The result of this purchase gave me confidence to buy more of my favorite players. Hopefully, I can find another great deal.